Merlyn was born in Minneola, KS. He spent many summers in Minneola and Holly, CO, helping his grandfather and Uncle “Shug” Hatcher harvest wheat. Known as “Mert” during his younger years, he was an avid athlete at Hutchinson High School and Hutch JUCO in Hutchinson, KS, setting 2 Kansas State records in the javelin and discus. He joined the Navy, serving in Korea for 4 years. Merlyn married Carole Davis in Hutchinson, KS in 1952 and had 2 children, Carolyn and Bryan. He was a graduate of the University of Wichita in Business Administration, Wichita, KS. After a stint at Cessna Aircraft Company, they took a leap of faith and moved to Rancho Cordova, CA for Merlyn’s new job. He and his family enjoyed many weekends camping all over Northern California, including the beautiful Sierra Nevada Mountains. They also spent time in Livermore, CA with his cousin, Margery Hayley Harter & family. They enjoyed visits to San Diego, CA to see niece, Sharron Brooks and her family. Then Merlyn and his family moved back to Wichita, KS in 1969 to be near family and new job opportunities. He and Carole enjoyed playing a lot of golf and absolutely doted on their 4 grandchildren. After 45 years of marriage, his wife, Carole, passed away 1997. Six years later, his cousin, Linda Marshall Downing, invited him to spend a golfing weekend in Beaver, OK. She played matchmaker with Imogene Pierce joining them for golf. It worked because Merlyn and Imogene were married 5 months later. The community of Beaver took Merlyn in like he had lived there all of his life and it was all such a blessing. Merlyn and Imogene traveled the country by going to places like California, Nebraska, Alaska, Maine, South Dakota and Hawaii. In 2020, he entered into the Beaver County Nursing Home where he had good, compassionate care, especially by a few of the staff that went above and beyond the call of duty. He passed away just a few hours before his and Imogene's 18th wedding anniversary.
Merlyn’s professional life gave him many opportunities District Manager, Wichita Coors Distributors, Wichita, KS; President-Owner, Hatcher Distributing Co. Inc, South Hutchinson, KS; Owner-Manager, Norrell Temporary Services, Wichita, KS; long-time Personnel & Corporate employee of Cessna Aircraft Company, Wichita, KS; Personnel Director of the City of Wichita, KS; Vice President- Franchise of Big League Enterprise, Wichita, KS; Supervisor, Aerojet General Corporation, Sacramento, CA. He proudly served in the United States Navy during the Korean War as a Second-Class Petty Officer and Radarman and was on the Amphibious Pacific Fleet Football Team for a short time.
Merlyn served the Lord in many capacities as an Elder in the First Presbyterian Church and later became a devoted member of the First Baptist Church, Beaver, OK. He had a deep faith in the Lord as his Savior, which sustained him throughout years of pain and bodily suffering. He is now rejoicing with God for eternity.
He is preceded in death by his parents; first wife, Carole R. Davis Hatcher; stepson-in-law, Kendall Collins; brother and sister-in-law, Gwyn and Mary Lou Hatcher; Brothers-in-law, Roger Wolin, Ken Blevins, Preston Thomas, Keith Thomas, Bill Goodwin and Gene Parker.
Burial service will be at Hutchinson Memorial Cemetery, Hutchinson, KS next Spring 2022. Arrangements made by Alan Clark Funeral Services, 124 Second St, Beaver, OK 73932. Memorials suggested to First Baptist Church, Beaver, OK or Iglesia Bautista (Beaver Hispanic Mission Church),Beaver, OK.

To plant memorial trees or send flowers to the family in memory of Merlyn Hatcher, please visit our flower store.

Thank you Merlyn for your service to this nation. U.S. Navy.

I offer you my heartfelt love, support and friendship during this difficult time. I'm with you in Spirit and wishing you moments of peace and comfort as you remember and celebrate Merlyn's beautiful life. He will live on in your heart. Please accept my deepest condolences and my prayers of comfort.

I loved Merlyn like a grandpa. He was so sweet and kind. I am saddened by the loss of his presence, but I know he was in pain and I\'m happy to know he is no longer suffering. I am blessed beyond measure to have been able to care for Merlyn and be the light that Jesus asked me to be for HIM. Merlyn was always so happy when I stopped in and spent a few minutes with him. I sure will miss him. 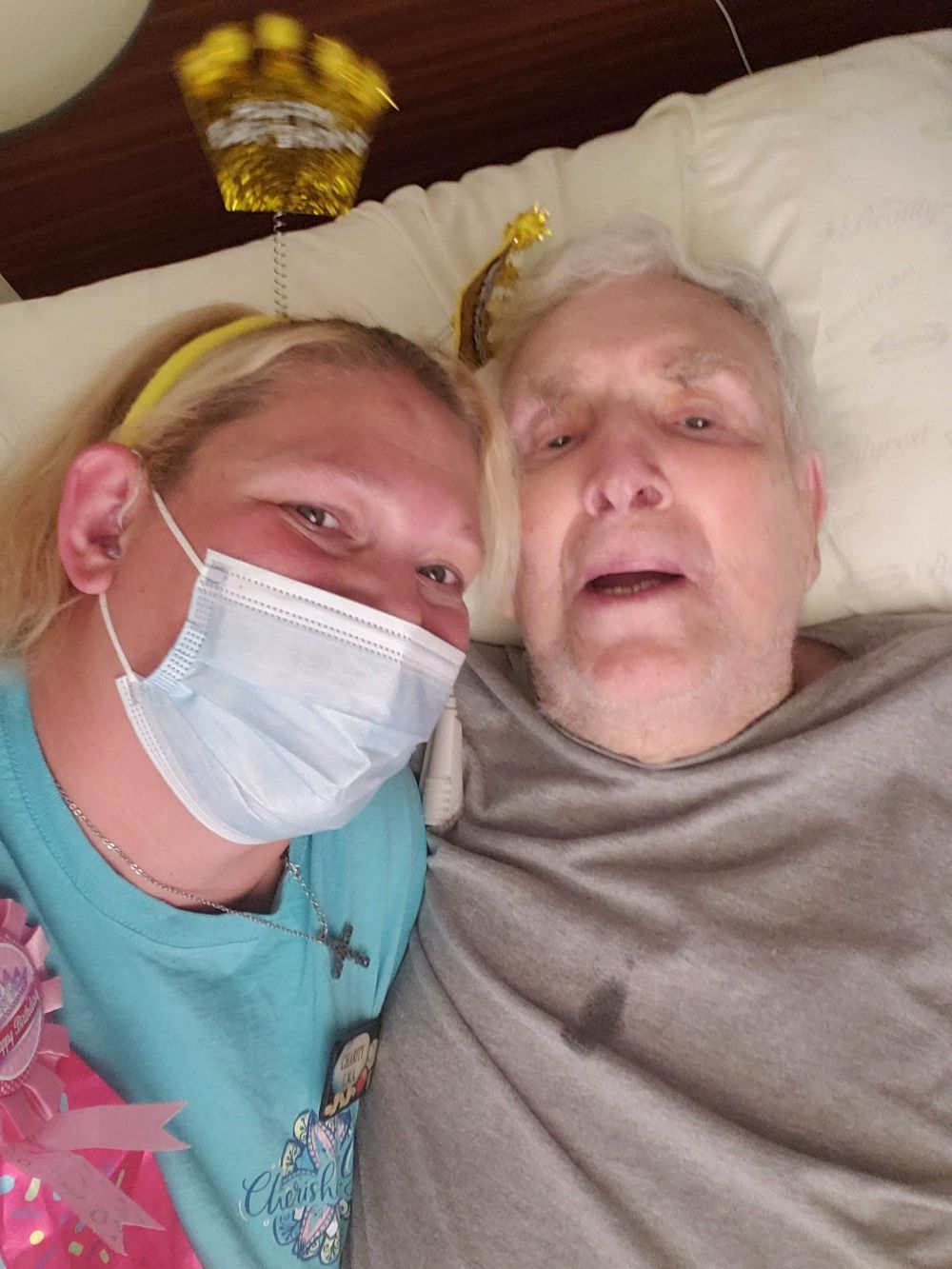 A photo was added for Merlyn LaVerne Hatcher

I have so many memories of ML from the time I was flower girl at his marriage to my Aunt Carole to visiting him in Oklahoma after his marriage to Imogene. He led a full life enjoying his family and his many friends. He will be missed.

Carolyn and Brian, It's never easy to say goodbye but the thought of Uncle Merlyn no longer in pain and now in the presence of our Lord, helps with the pain. You're in my heart and prayers. ❤️