Mike was born on August 12, 1955 to Tom and Helen McVay in Pauls Valley, OK. Shortly after, they moved to Beaver, OK where he attended school until he graduated from Beaver High School in 1973. Through his high school years, he was a football star gaining All State and All-American accolades, among many other recognitions. He went on to play football as a kicker at West Texas State in Canyon, TX and then onto Southeastern Oklahoma State University in Durant, OK.

After graduating with a Bachelor’s in Biology and a Master’s in Public School Administration, he started his first coaching job as an assistant football coach in Great Bend, KS in 1978. A year later, he then took the head football coach position in Protection, KS where he coached two winning seasons.  While there, he met the love of his life Nancy Rhodes, whom he married in 1984.  He left coaching in 1981 to pursue a business venture owning an appliance business with his brothers in Edmond, OK and in Amarillo, TX.  Then, in 1995, the opportunity to go back to his hometown of Beaver, OK to become the Head Football Coach arose, and he took it and never looked back.  Beaver is where he and Nancy have called “home” for more than 27 years. Throughout his career with Beaver Public Schools, he was the High School Principal, Head Football Coach and Head Track Coach until he retired in 2018.

Mike enjoyed spending time and making memories with his family and friends.  His favorite things included boating on Lake Texoma, fishing, hunting, going to the mountains, betting on horse races, and, of course, football, especially the Huskers and Red Raiders.  His most beloved passion was being a coach and mentor to hundreds of young men and women.

Mike was preceded in death by his parents; brothers Tommy McVay and Donnie McVay; in-laws Earl and Henrietta Rhodes; and brother-in-law Ike Groce. He is survived by his wife of 38 years, Nancy; his three daughters and their families, Summer and Whitley Gard of Stillwater, OK, Paige, Zack, Grey, Liv, Hazen and Navy Rankin of Berthoud, CO and Myriah McVay of Beaver, OK; sisters, Pam and Robert Young of Edmond, OK, Sharon and James Dunham of Durant, OK, and Carolyn Groce of Stillwater, OK; sister-in-laws, Leslie McVay of Edmond, OK and Chele McVay of Lubbock, TX; and numerous nieces, nephews, cousins, uncles and aunts.

To plant memorial trees or send flowers to the family in memory of Michael *Mike* McVay, please visit our flower store.

A candle was lit in memory of Michael *Mike* McVay

Thinking of you, Nancy during your time of grief as well as your daughters and their families, Mike's siblings and their families. Mike was always so friendly and welcoming especially to a newbie to the McVay clan. It's so very warming to see the many tributes from folks and how they were positively impacted by knowing him. We are with you all in spirit today, he lives on in your memories, each time you speak his name, and in his legacy in your children and their children. We all will miss his laughter, his jokes and his love of family. :)

A candle was lit in memory of Michael *Mike* McVay

Loved your time in Protection, KS. as my Junior High FB Coach....... You even coached Summer League Baseball one year and moved me to 3rd base and hit wicked groundballs at me (while on my knees to stop me from doing the Ole' move with my baseball glove). I'll never forget you as long as the Good Lord allows my mind to stay sane..... As a GREAT Friday Joke (in Science Class), you had me and another classmate supposedly write a paper on why Apples are Red and Oranges are Orange (as a joke for being tardy to class, thanks to my sisters for getting me to class late LOLLOLLOL)....... You were a GREAT Teacher and Coach (in LIFE as well as on the field of play). I know that Nancy and your kids will deeply miss your earthly days........ Prayers to Nancy and the family...... LOVED you Coach McVay...... The Coaching McVay's are now coaching from the SKY Boxes of HEAVEN....

Thanks for being there for all of our kids as a leader, mentor, and coach. Prayer love and hugs for Nancy, Summer, Paige, and Mariah, and families.

Mike was a genuine guy. I new him as a school mate first. We all looked up to him on and off the field. We shared birthdays and didn’t know it until after we both graduated. I officiated football games for Mike and he treated me with nothing but class. I just really appreciated the respect he had for me as a friend and official. Believe me he got the same in return from me!! RIP my friend!!

Prayers of peace and comfort for the family, friends, and former players of Mike. He was a class act that I had a tremendous amount of respect for.

Nancy and family ~~
My heart and sympathy is with each and every single one of you as I understand deeply what you are going through. I won't tell you, Nancy; it will be easy but I can tell you to cling tightly to our Lord's unfailing and unchanging hand. He will never leave you. Grieve-as-you must; not-as-others are telling you is right, wrong or indifferent. My thoughts and prayers go across the miles from Stillwater, Oklahoma.

Praying for peace for all who loved this great guy…. He was one of the Good Ones. I have only fond memories of him.

I love you, my precious baby brother, Mike. I am so proud of you and the influence you had on so many young men and women while serving as their coach. As I have said many times, your love for Beaver and its students/people was a beautiful thing to watch. I will forever miss you, brother. ❤️ 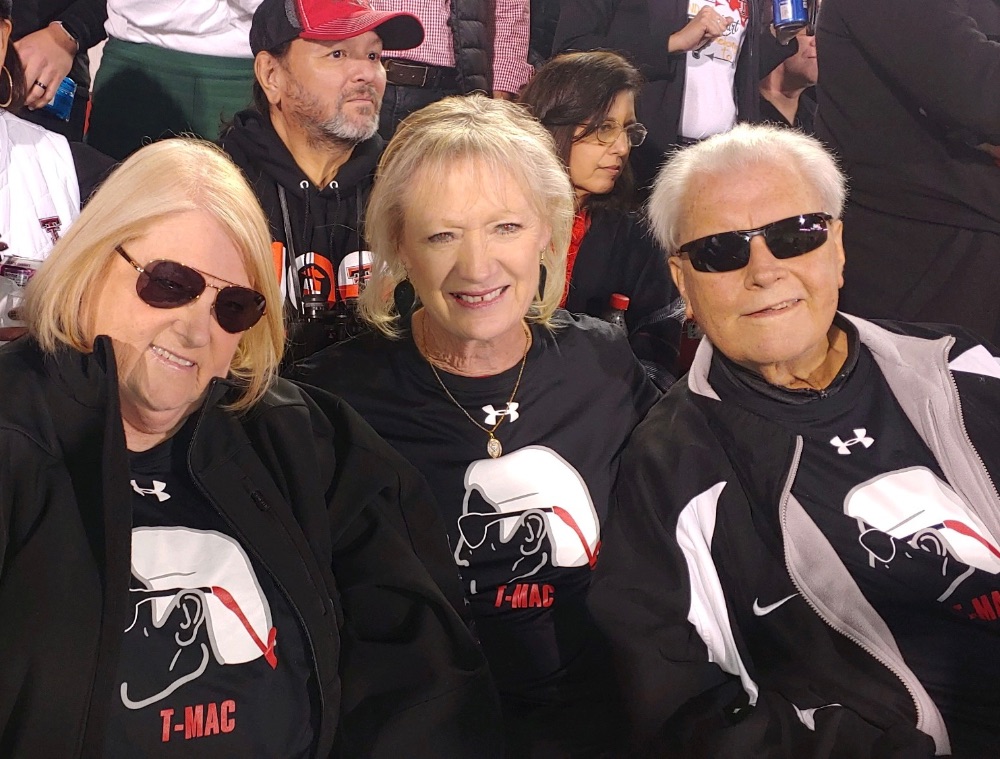